Although I had been doing some form of “urban homesteading” in Boston, this year I decided to get serious and moved to rural Virginia. I moved in April 15th and it was off to the races!

Road blocks I ran into right away: 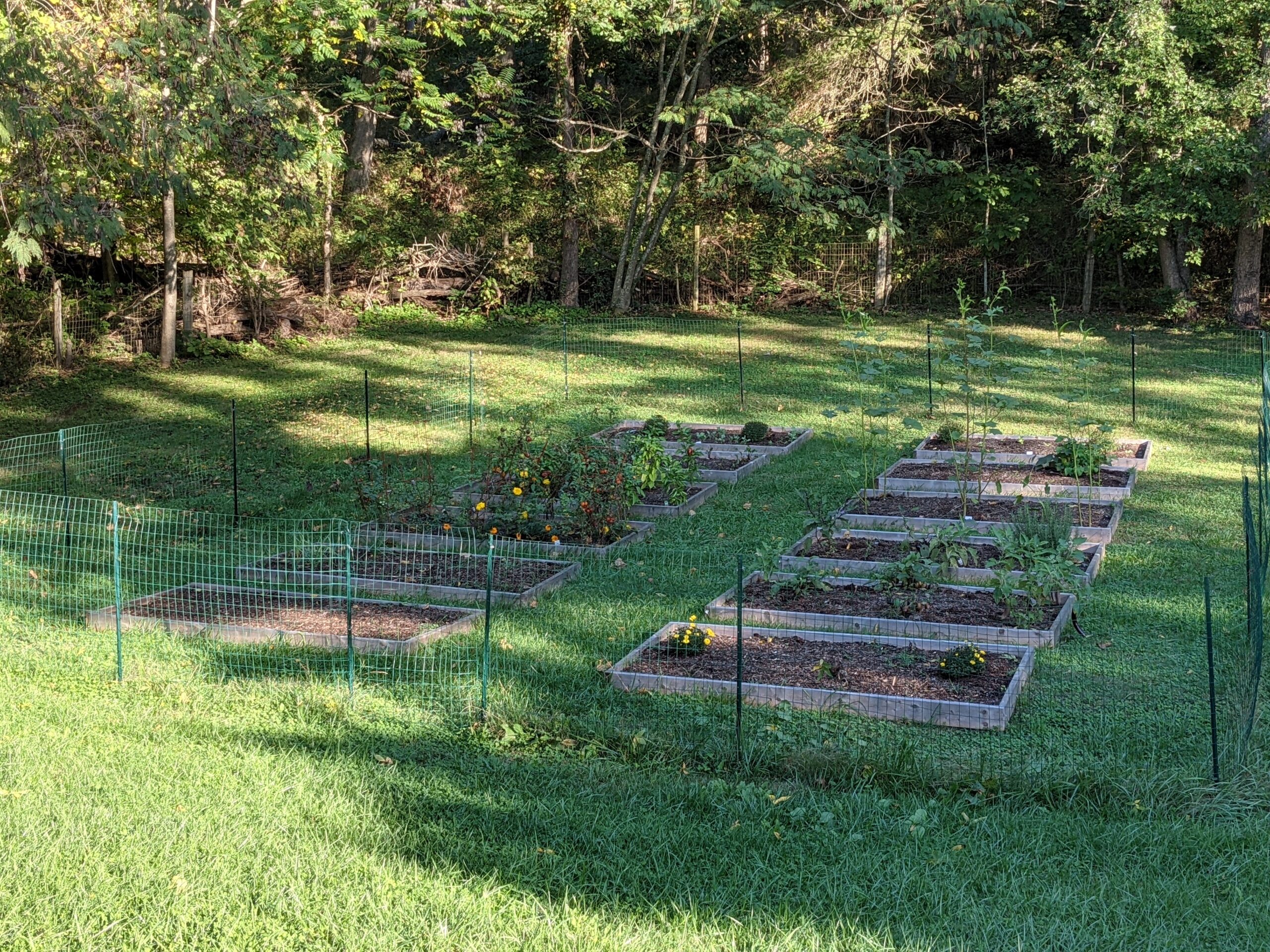 My mind-set going into this first season was that I would do what I could but that I wasn’t going to put a ton of pressure on myself. Realistically, it takes 5 years to have your homesteading or gardening dreams become a reality. Given that, I think I accomplished a lot this year. This is what I grew this season:

This year my garden was 6 times larger than what I had in Boston. My plan for next year is to double what I did this year. I would estimate that I’ve been spending 10 hours a week on the garden. Most of that time was spent tilling and cultivating new land, which is something I’ll spend less time on as the years go by. So all in all, I would say that my experience so far with homesteading is that it’s a very reasonable time requirement. I’m able to do all this even with two autoimmune diseases. It’s not undoable! 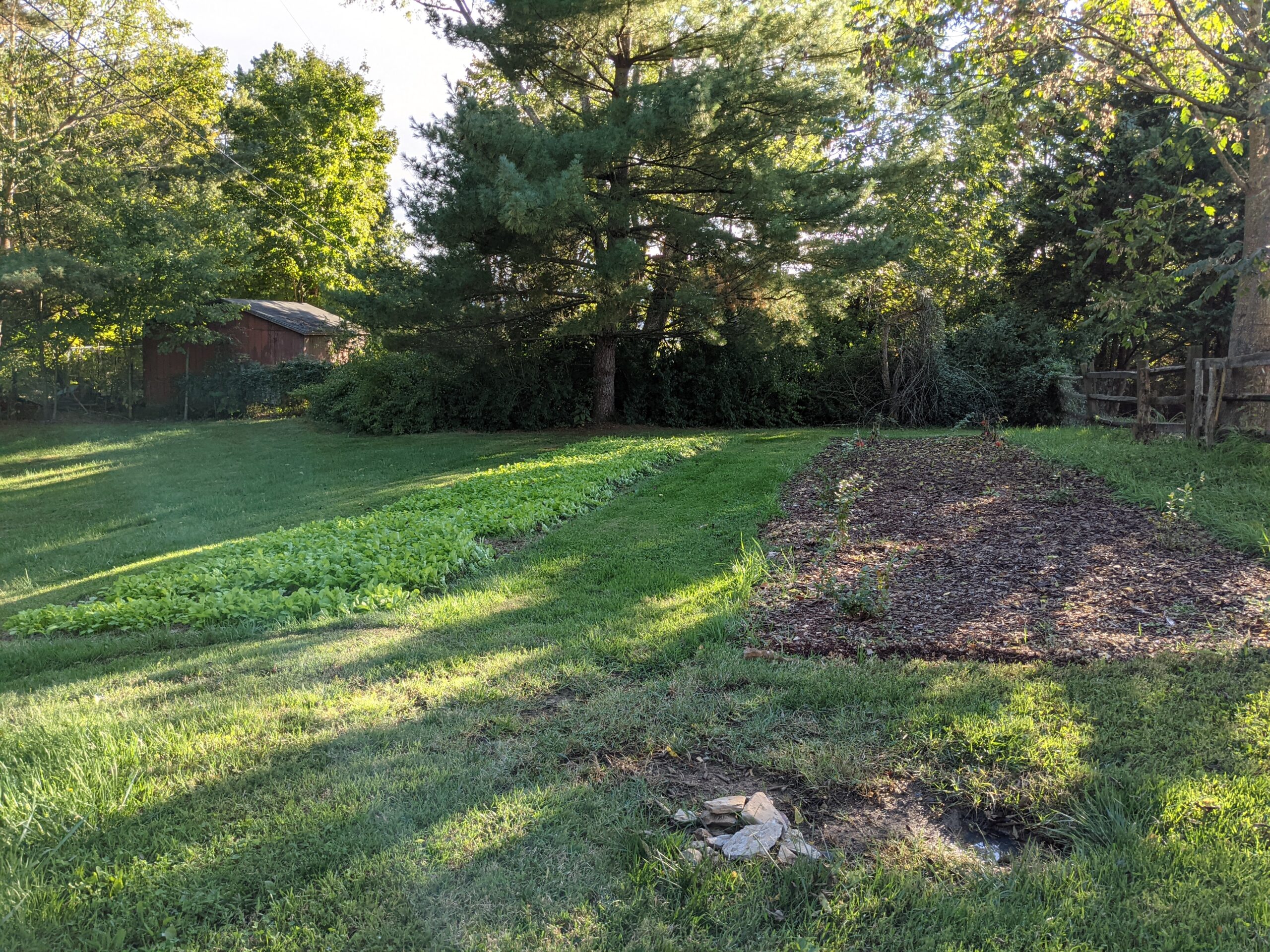 If there are people reading this that are shocked by how little time this is taking me so far, I do have many gardening methods that help with time-saving. For one thing, I live on the east coast, so I get enough rain that I’m not spending very much time watering plants. I also practice deep-layer mulching, so I don’t do a ton of weeding either.

Back in the day there was a blog called “gardening the cheap and lazy way”. That blog seems to be long gone now, but it taught me how to garden and is really responsible for my whole gardening ethos. I don’t spend a lot of money on my garden and I don’t spend a lot of time either. You can have beautiful award-winning gardens without killing yourself all summer. I do plan on sharing these tips as we go along, so keep following me if you too wish to be a proudly cheap & lazy gardener!

Gardening and homesteading in general is really about experimenting and learning as you go along. You have to be okay with failure. If you have a dream of homesteading and your expectation is that you’ll be self-sufficient your first year, you’re going to have a lot of frustration and disappointment. You also need to have a clear idea of why you want to homestead. If you just like the idea of it, you might find that that’s not a strong enough reason to carry you through once things start to get difficult.

So why am I doing this? I have three major reasons: Health, Spirituality & the Environment. Eating home-grown foods is hands-down healthier than anything you can buy at the grocery store, especially the way I’m growing them. Growing my own food also forces me to be active. I’m not one to stick with an exercise program, especially if it feels arbitrary. There’s nothing arbitrary about working the fields. It also feels emotionally satisfying when I harvest what I grow. It feels spiritually satisfying to be connected with nature in this way. I could do a whole other blog post about the negative environmental impact of grocery stores.

All in all, I do find that I enjoy living this way. It’s amazing how much the stress levels have decreased since leaving the city. I can honestly say that this was the right choice for me and I wouldn’t hesitate to make that choice again.

Returning Back to Art after 20 Years